The Heartless Harridans shot me down last week – hence, the lack of blog post. Okay, it’s probably not PC to call your two daughters, a mere 11 and 14, a pair of HHs – but I did something incredibly stupid and that was to read them a part of my work-in-progress. I know from past experience that this is a very dumb thing to do. END_OF_DOCUMENT_TOKEN_TO_BE_REPLACED 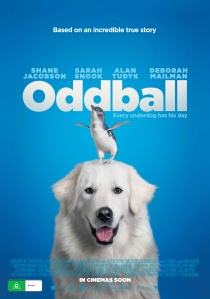 I don’t think I’m overstating things to say that Australian film can be a bit on the nose. It’s certainly not the first choice for most cinema goers and because of this a lot of films don’t do well at the box office. So that’s why I’d like to give a shout-out to two Aussie films I’ve watched lately that I really enjoyed. Of course, they’re in the kids/family genre and they are Paper Planes and Oddball.

Both films take on grief as a theme. They both feature a dead mother and the impact of her death is continuing to impact on the characters at the start of each film.

What I loved, is that even though the film makers weren’t afraid to take on heavy issues, there was still a lot of humour and grace. END_OF_DOCUMENT_TOKEN_TO_BE_REPLACED 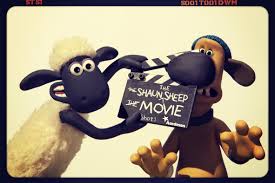 One of the nice things about being a children’s writer is indulging my passion for kid’s movies and TV. Unfortunately, my kids are starting to grow out of watching what they disparagingly call ‘fluffy-dog’ movies with me. Still, I persuaded, Baby Bear to come see Shaun the Sheep – The Movie with me on the weekend and it was magnificent! END_OF_DOCUMENT_TOKEN_TO_BE_REPLACED